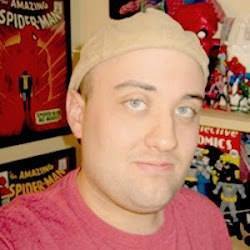 I grew up with the Spider-Man, X-Men, and Batman animated shows in the 90s. Even though I didn’t collect comic books then, I was always interested in the characters. As time went on, there were less of these shows on TV, and I didn’t really get to see many of these characters anymore. In 2002, Sony Pictures released the movie Spider-Man in theaters, and I was drawn back in again. It wasn’t until the next year that I started to get comic books when I was on a trip with my parents in Ohio. We stopped at a mall and I picked up a copy of Ultimate Spider-Man #44 at the bookstore. From there I was hooked and I had to read the next issue and all that were before it. Then I started getting Amazing Spider-Man, Fantastic Four and Avengers until my list got bigger.

I was getting all of my books from Waldenbooks Store because there wasn’t a decent, local comic shop in the area. I actually never got my books from a comic book store until college. Comics Paradise Plus, in Fairmont, WV, provided me with my books for over 6 years . Pittsburgh Comics was opening here at home and I was really happy knowing that when I may be coming back to this area after college.

Never have I considered  myself an expert on comics but I just like to read good stories. I truly like sitting around and talking about comic books. These days I mainly collect Amazing Spider-Man and Batman books but I have much more than that on my pull list anymore.

Plus, you can go read my Tumblr at http://adamthenerd.tumblr.com/