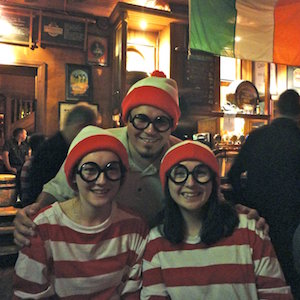 When I was a kid, I always enjoyed comic book characters, but I didn't really have access to a local comic shop. My family lived in a rural area outside of Washington, PA, and while it had it's perks, a comic book community wasn't one of them. I had to get my fix from Michael Keaton, Bill Bixby, Christopher Reeve, and Kevin Conroy. It wasn't until high school, when I started going to Crusader's Comics and Cards, that I began collecting some actual comic books, but that only lasted until college.

Fast forward 10+ years and I still had a love for the characters, but I hadn't gotten back into collecting or reading the actual comics. I kept up with comics related news, but that was about it. It was around this time that my wife, who has never been a comic reader, began to talk a lot about the DC Comics New 52 relaunch because of a story she heard on NPR. She became very interested in checking out the books, so for christmas that year I got her the New 52 omnibus with all the #1 issues. She started reading through all of the issues and eventually decided on five books that she wanted to start buying each month: Flash, Aquaman, Batgirl, Batman, and Justice League. Several months later, deep into the Court of Owls storyline, my wife had finally talked me into reading through her Batman books, and it was all downhill for me from there.

So that was back in 2012; now I'm reading...a lot...at least it feels like a lot. I've since branched out from just DC and am reading books from a wide variety of publishers. I'm constantly being surprised by the books that I'm picking up, whether it's Afterlife with Archie, Prez, or the entire Valiant line. The best part, though, is getting to discuss all these unique books with other passionate fans. That's what makes Pittsburgh Comics such a great place to visit. Not only do they have every nerdy item that you could possibly want, but there is an incredible community of people as well.

So that's my comic book background, what's yours? If you ever want to talk comics, think about stopping down on a Wednesday night and joining us for the weekly podcast.